We never knew how our Mr/Ms Right would look like until we have finally bumped into him/her:)

Like many of the shy and busy gents in Hong Kong, Simon broke up with his ex in 2016. The main trigger for ending this 2.5 years relationship was that he had to frequently go on business trips, leaving little time for the couple to see each other. He had not dated anyone since then.

Later when Simon got promoted at work, he had more control of his work schedule and he felt that he was finally ready to start a new romantic relationship and hopefully to build his own family. Simon came to us (HKRD) for help.

We suggested Simon to meet Phoebe – an optimistic, cheerful and caring lady, who was also hoping to build her own family in the near future. When the two met, Phoebe fell for Simon right away, as she thought Simon was very talkative and reliable. She promised him to stay in touch.

They spent around a month to get to know each other better before Simon formally asked Phoebe out and she proudly said “Yes”. 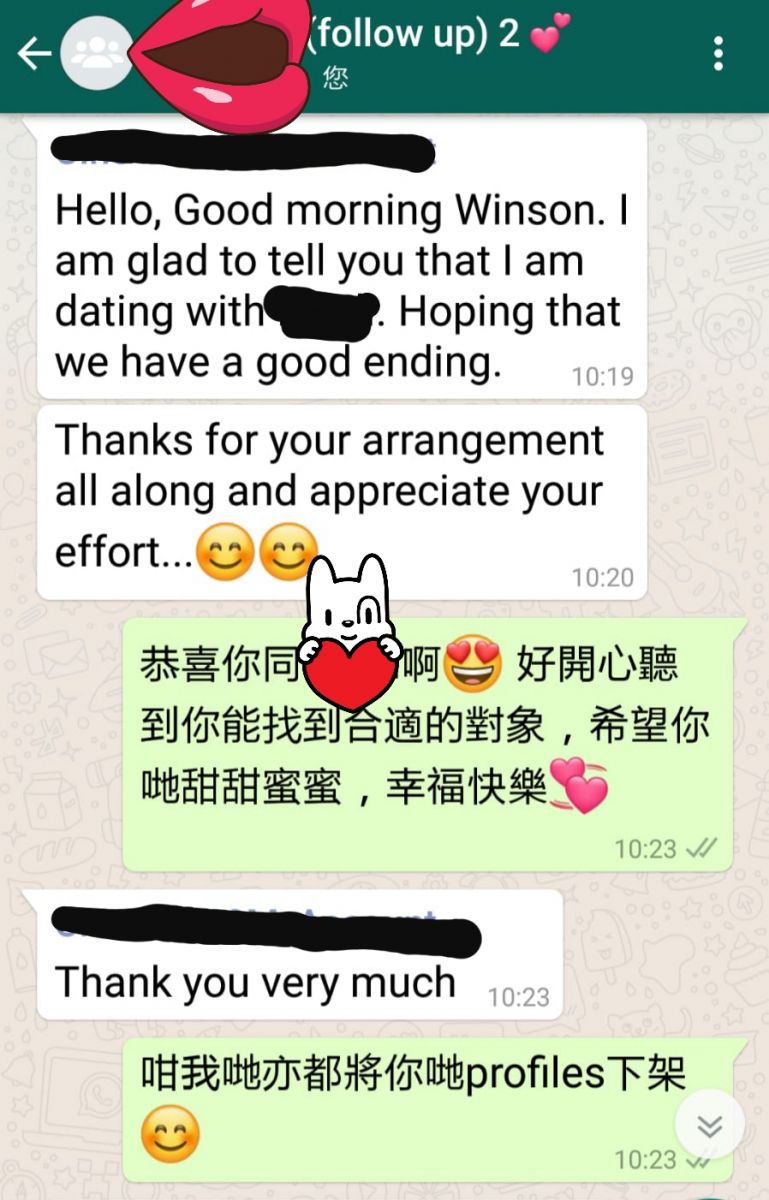