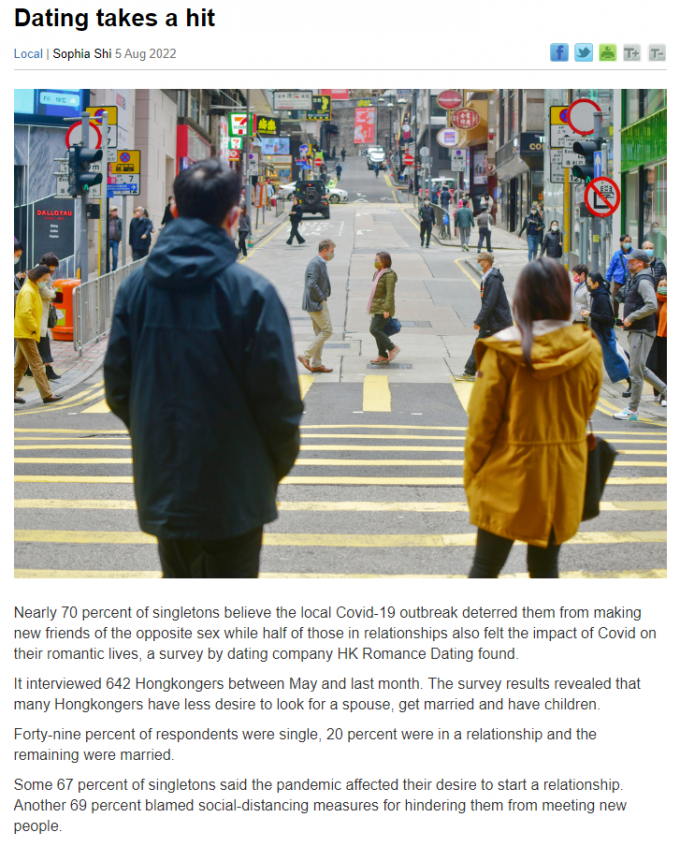 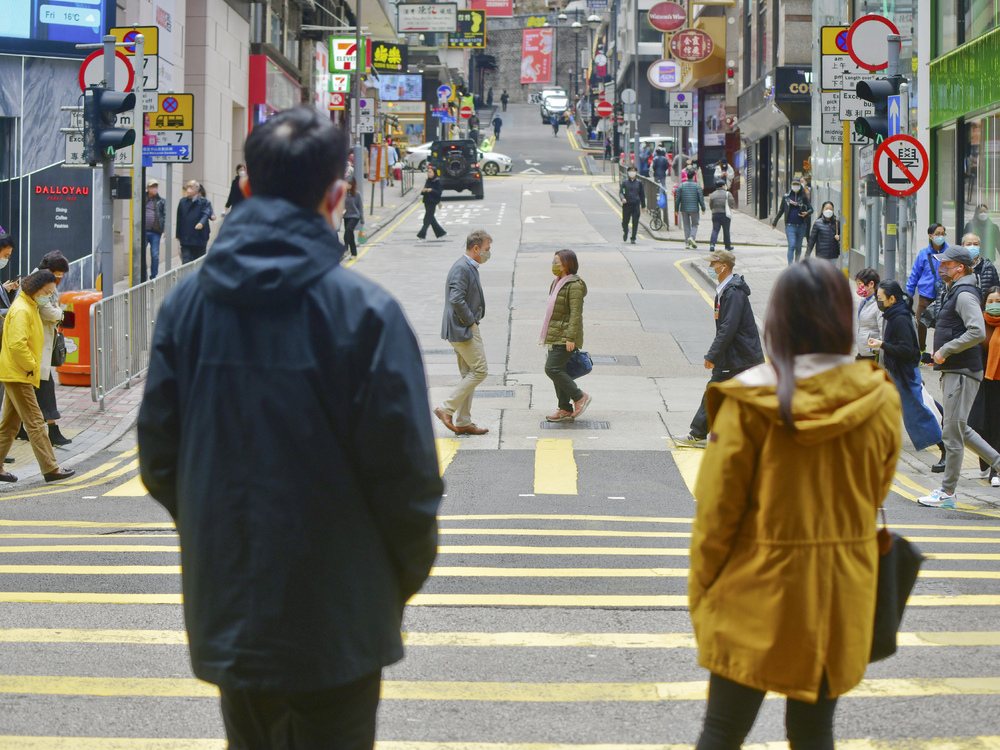 Nearly 70 percent of singletons believe the local Covid-19 outbreak deterred them from making new friends of the opposite sex while half of those in relationships also felt the impact of Covid on their romantic lives, a survey by dating company HK Romance Dating found.

It interviewed 642 Hongkongers between May and last month. The survey results revealed that many Hongkongers have less desire to look for a spouse, get married and have children.

Forty-nine percent of respondents were single, 20 percent were in a relationship and the remaining were married.

Some 67 percent of singletons said the pandemic affected their desire to start a relationship. Another 69 percent blamed social-distancing measures for hindering them from meeting new people.

One man reported that he had not participated in any social events for the past three years, adding he had given up on searching for a partner due to low self-esteem.

The company's cofounder, Yubi Wong Ka-yu, said past anti-epidemic measures, such as the dine-in ban, led to fewer dating opportunities and allowed many to grow accustomed to staying at home. Further, 55 percent of those who are dating or married also reported that Covid had a negative effect on their relationships, mainly because they have fewer opportunities to leave their homes.

Some 15 percent said they nearly had a breakup during the pandemic while 46 percent said the social-distancing measures often prevented them from going out with their partners. Another 22 percent reported that staying at home gave rise to more arguments.

Wong added that many couples were unable to have wedding ceremonies, saying: "Many families quarreled about the limited guest quotas" while others "end up just signing a marriage certificate without a wedding."

Wong said she once received a request for help from a woman who suspected her fiance of having an affair because their wedding had been postponed during the pandemic.

"The delay turned out to be because the man always thought the woman wanted a grand wedding party," Wong said.

She raised another example of a man who hardly left his house because he was acting as a caretaker for an elderly relative and as such, had to be extremely conscious about anti-epidemic measures.

In regard to marriage, 53 percent of those in relationships said they were less willing to get married. Of the married couples, 49 percent said Covid put their plans of having children on hold. However, a greater number - 52 percent - cited the city's education system as a deterrent to having children, followed by the sociopolitical atmosphere at 43 percent.

In order to increase the marriage and fertility rate, Wong advised authorities to introduce a preferential policy on marriage and homeownership to help newlyweds buy cars or get on the property ladder. 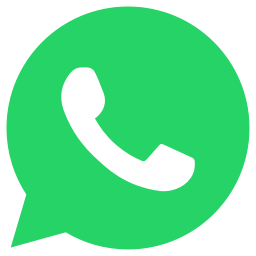